Mixcraft 8
A New Standard For Performance

Rock the house with automatically synced, non-stop
audio and MIDI clip grooves using the amazingly flexible Performance
Panel. Create mixes and mashups with audio warping and song slicing.
Manipulate the Performance Panel under your fingers with a
Novation Launchpad, MIDI controller, or even your
computer’s keyboard, and jam along with Mixcraft’s powerful virtual
instruments. Record loops directly to Performance Panel grid locations
for instant creation of layered live loop performances.

It’s never been easier to compose your own beats,
patterns, and musical scores. Build custom beats and musical patterns at
lightning speed using the fun and creative new step sequencer. Create
and edit performances with the powerful
piano roll editor. Use the notation editor to write,
view, publish, and print professional-quality music scores.


Get ready for a plethora of virtual instruments,
including emulations of classic synthesizers, rock organs, and electric
pianos. Build your own beats and sounds with the exclusive new Omni and
Alpha Samplers that redefine ease of use. Master your
tracks with a tremendous array of outstanding
professional effects. Mixcraft 8 Pro Studio is packed with over $1250
worth of additional plug-ins, including Melodyne Essentials, Celemony’s
astounding pitch correction and editing suite, which goes beyond the
plug-in realm with full integration into Mixcraft’s audio editor window.

View and edit multiple parameters simultaneously
with powerful lane and clip-based automation. Use any MIDI hardware
controller to automate and record dozens of mixer, virtual instrument,
and effects parameters. Mixcraft offers support for a vast array of
hardware control surfaces,
including Mackie Control-compatible hardware,
Novation Launchpad, and Acoustica’s exclusive FREE Mixcraft Remote mobile app. Once your masterpiece is complete, easily publish the mix to your favorite format or burn it directly to an audio CD!

Import and export MP4 video files for easy editing of videos directly from your camera or phone.

Improved sound browsing for rapid auditioning and
adding sounds to projects. Lightning-fast search and access to over
325,000 sounds with built-in Freesound.org browsing and import
functions.

Mixcraft is a Windows based product that can be used on a Macintosh computer running bootcamp. 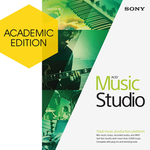 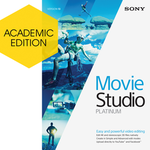